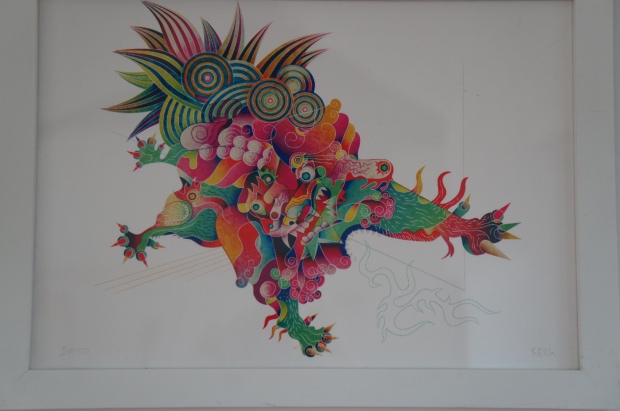 art mixes traditional chinese elements with modern ones at bakery 88.

There is something about the air today, pleasantly cool, fresh, smelling of green, that reminds me of the time I spent in Dali, China. Or maybe it is the Chinese cookbook that I absently picked up, looking through the contents and automatically turning to the pages that describe Yunnan. At any rate, I miss it. Today, I miss Yunnan.

The various small villages I visited in Yunnan are among my favourite places in Asia, but if I was given the chance to move anywhere I wished within China, I would settle down in the old town of Dali.

This is one of the views from outside the city walls: 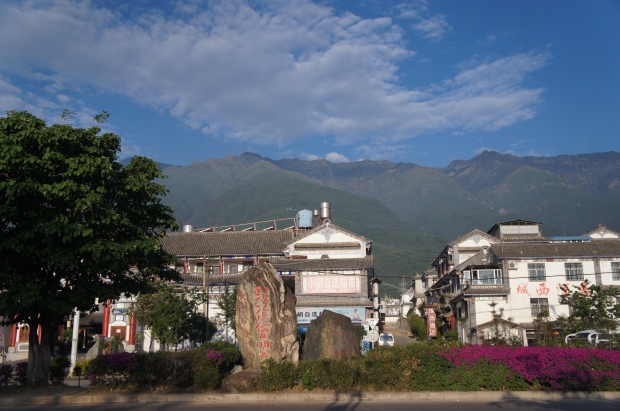 behind white houses, the lovely curves of cangshan mountain range.

And this is what it looks like on one of the side streets near the town’s centre: 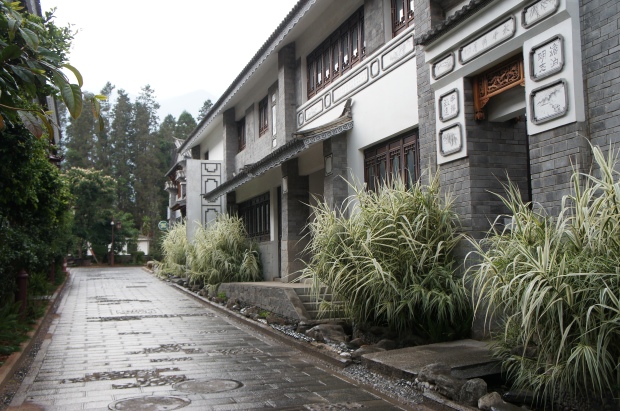 Like a number of old Asian cities, Dali is nestled within a set of protective walls. I love the castle-like air that gives the place. 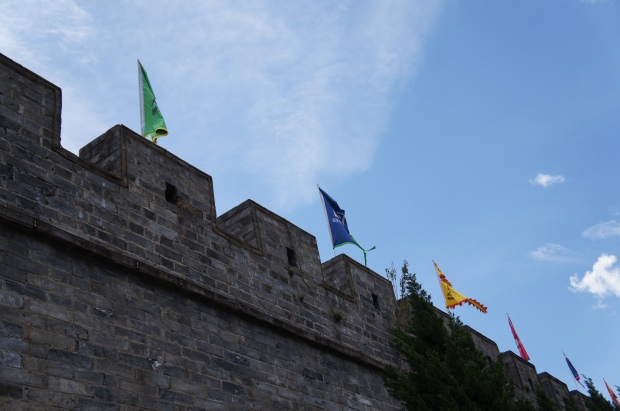 a rainbow of flags along the city walls. 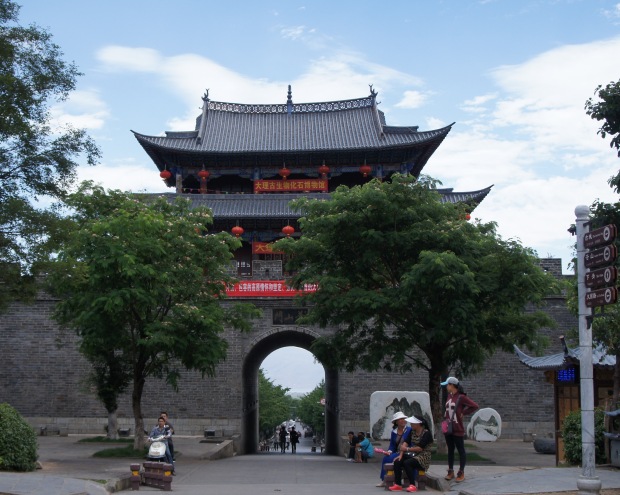 When I first arrived, I was the tiniest bit let down. Old town Dali appeared just a bit too clean, too well-appointed, and the contingency of French and German expats settled in the area made it seem “inauthentic.” At certain times of the day, large groups of Chinese tourists were herded down the main streets. The biggest street in town boasts several chain stores. Many of the restaurants have menus with translations in English. My snobbish little travel ego turned up her nose. The horror!

But then I let the town’s sleepier charms seep into me. I wandered down the smaller laneways and soaked up the lovely, small details of Dali. I hired a bicycle to see how far out I could ride. I stopped in a tea shop where the owner treated me to a private pu’er tea sampling and ceremony just because he was in the mood for company. 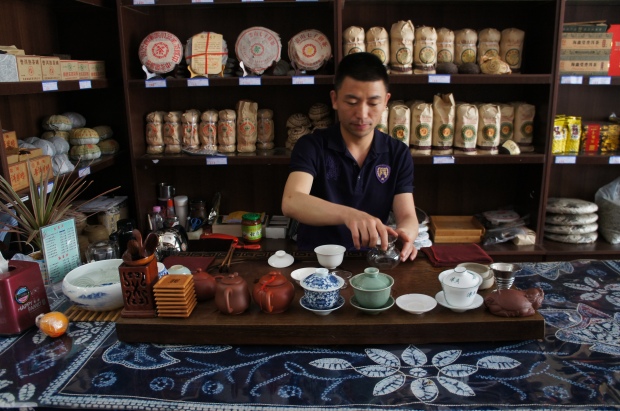 pu’er is one of the most highly regarded teas in the world. and the flowery indigo cloth beneath the wooden tray is a type of textile specific to the region.

The local food was exceptionally delicious, much different in style to the Chinese food I’d eaten in the north, and I found I enjoyed being able to pick out what I wanted to eat on criteria other than ignorant hunger. And on the days when I craved a taste of something more adventurous, I would flag down a local mini-bus and ride out to smaller towns in the area.

And even Dali, with its tinges of modern consumerism along its busy main roads, still held traditional aspects of Chinese life in the quieter corners of town. 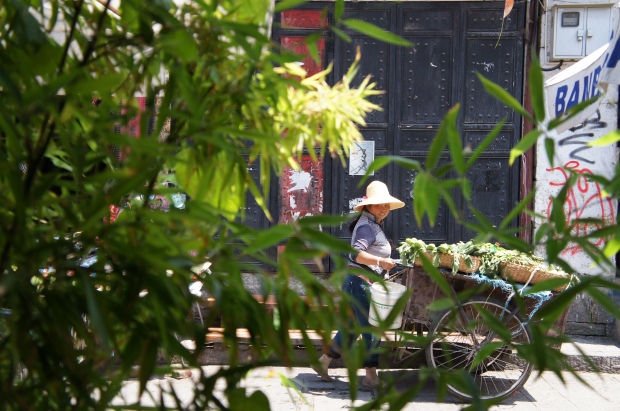 street vendor pushes her wares in a cart.

One rainy morning, I spent my time visiting the old temples of Dali, like this one.

anyone in internetland know the name of this temple? 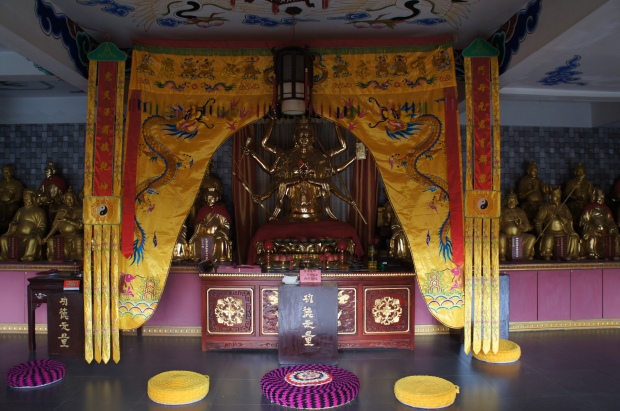 colourful shrine inside the temple. 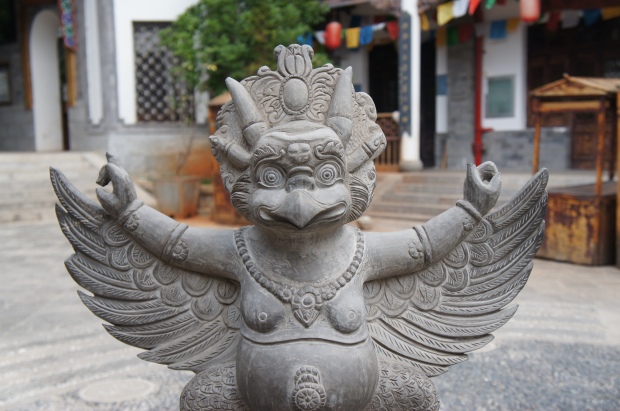 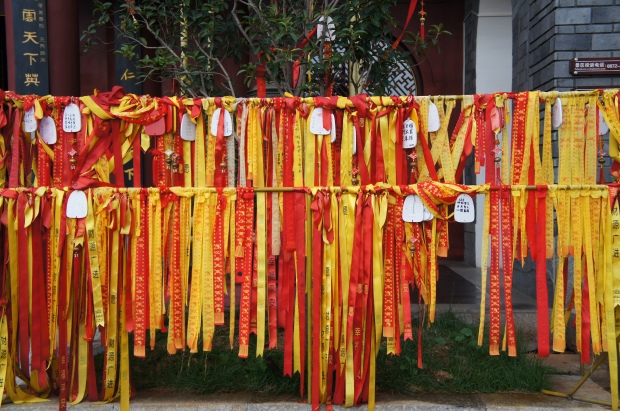 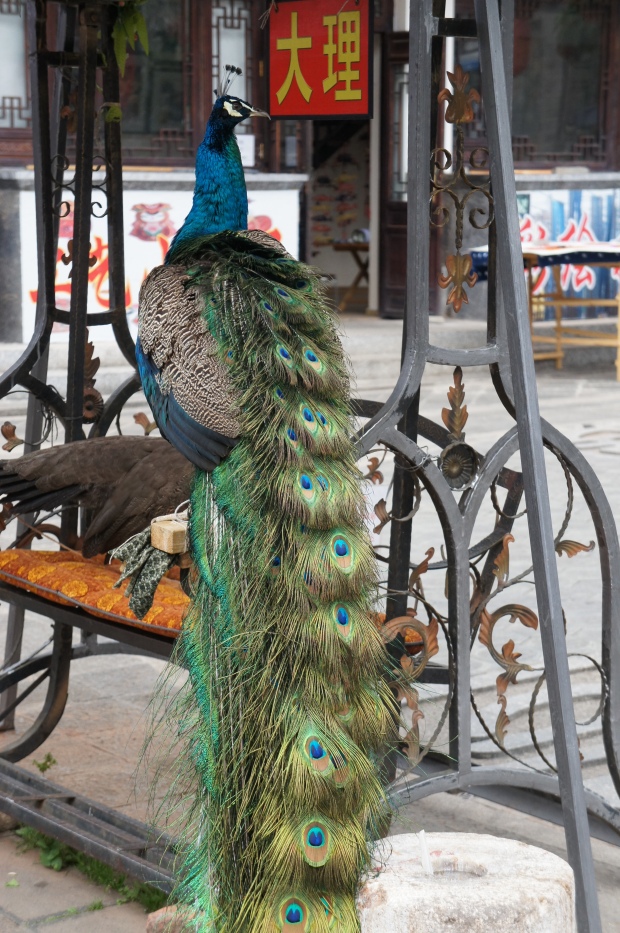 the wistful beauty of a captive peacock.

And Dali also has bright, new cafes, like this one. 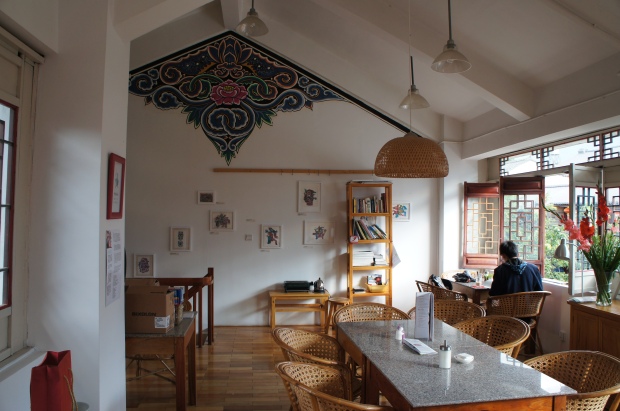 If you peek out one of those windows, this is what you see: 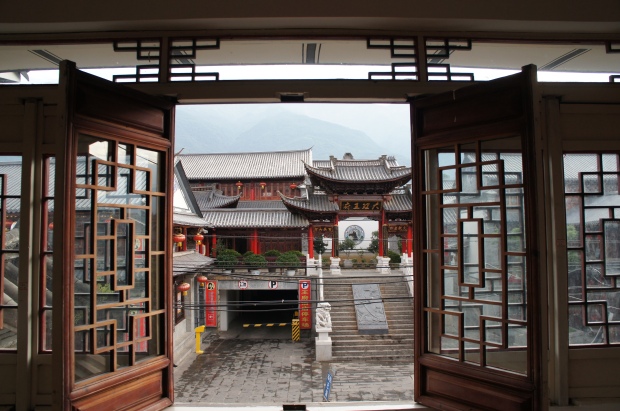 Some food I was able to easily order: 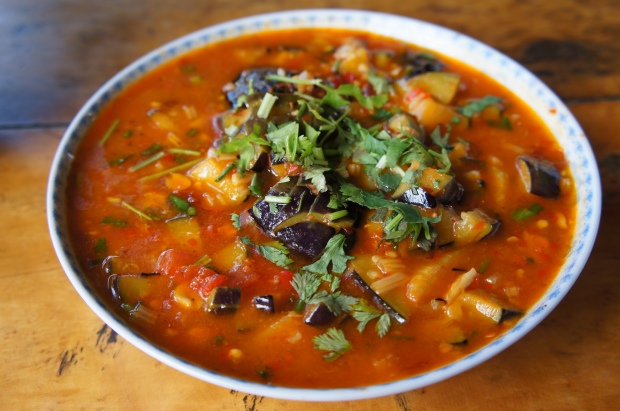 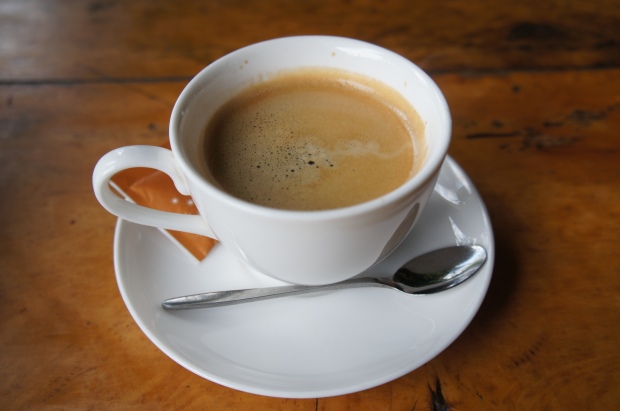 In addition, I ate some food that I was not able to easily order. . . . The photo below is from the night I went out with a group of Chinese backpackers from the neighbouring hostel, and we all shared a spicy Sichuan-style hotpot. 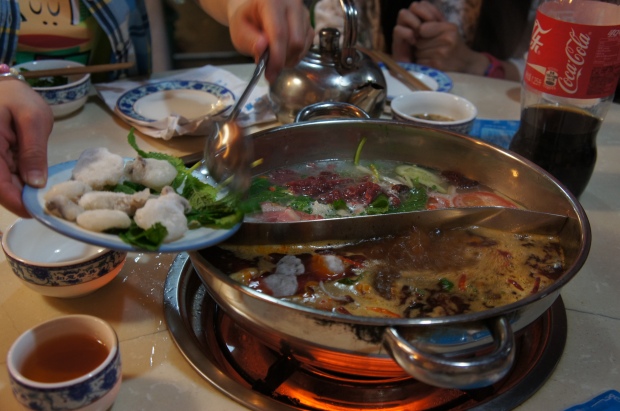 On my last night in Dali, I returned to the popular expat hangout, Bakery 88, just to see the evening view. Initially disappointed with Dali, by the time I had to leave, I didn’t want to go. There are some places that get under your skin like that. 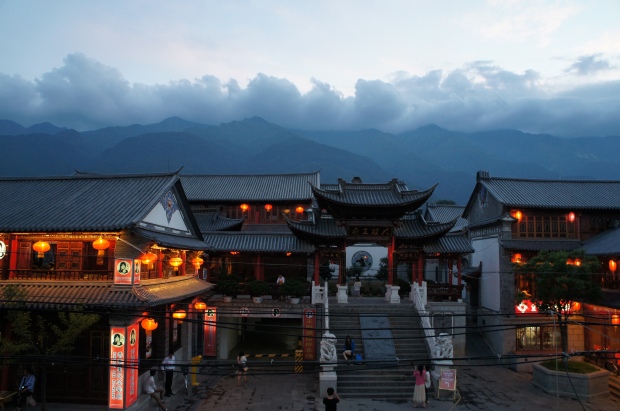 ← The Fine Art of Mama Shaming
The Last Lao-Lao Party →